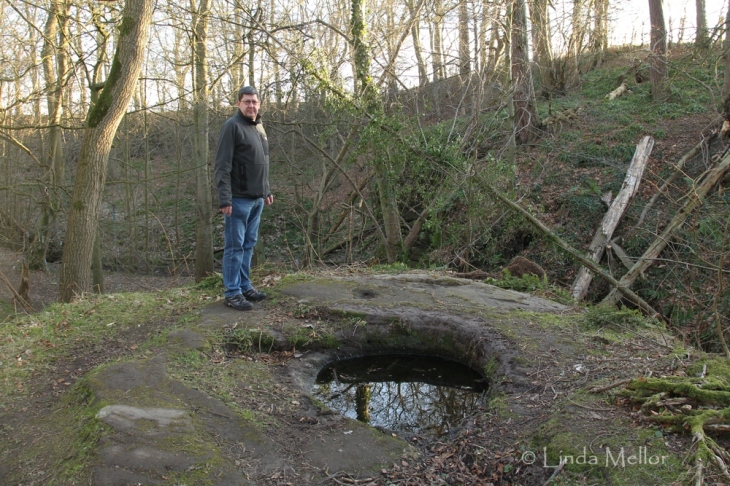 I love being a Fife Ambassador. With this spell of cold sunny weather I have been able to get out and about and explore our wonderful Kingdom of Fife. A wee gem and not far from my home town St Andrews is Dunino Den. Dunino is a small village in the East Neuk of Fife, 6 miles SE from St Andrews.

Just outside the village on the left hand side heading to Anstruther is a signpost to Dunino Church. Follow the single track road, turn left before the Bely Farm (Possibly named after the Sun God Bel, ruler of the Celtic Underworld) road entrance and you arrive at a large car-park next to the church. The present church was built in the early part of the 19th century but historical research and archaeological investigations revealed the remains of an Pictish church or monastery. Stones from a stone circle in adjacent farmland were discovered in parts of nearby walling. During the 1st century AD, Fife was one of the seven kingdoms of the Picts, named after “Fib”, who was one the seven sons of the first Pictish King, Cruithne. In the graveyard of the church there is a 9th century 1m high rectangular stone. On the top surface is a carved 17th century sundial. At present this is covered in coins left by visitors for good luck.

Down the side of the church there is a wide grassy path that leads to woodland and a large sandstone outcrop where in the gorge the Dunino Burn flows through. This is Dunino Den also known as Druids Den, a ritual landscape shrouded in spiritual myths and mystery. The large sandstone outcrop is known as Bel Craig or “The Pulpit”. Craved on the top of this outcrop is a shallow well and a footprint. These indicate that this place may have been used for the inauguration of a Celtic chief or King. Local folklore says be careful what you wish and dream for whilst standing next to the well and footprint as they will come true.

Cut into the rock outcrop is a steep stairway that leads to a wooded area at the bottom of the gorge. On the face of the outcrop going down this stairway is a carved Celtic Knot. This carving is recent as it is not weathered. Further along on the outcrop face is the weathered incised outline of a wheel-headed 2m Celtic Cross. The date of this is uncertain. Coins are also visible placed in the cracks of the outcrop face. 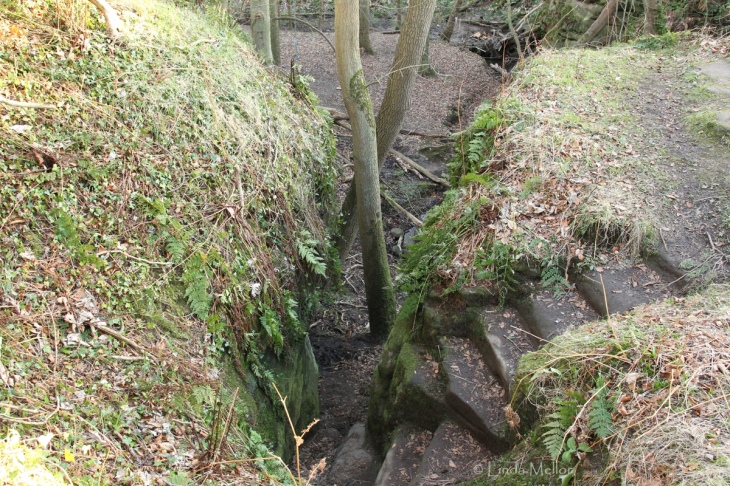 Strung and hanging from many of the trees in the den are strings are dream-catchers, beads and ribbons left by the many “spiritual” visitors to this spot. The den certainly has a stillness and a feeling of calmness about it. It is visually interesting and the trees and plants are all interesting, especially this time of year when the snowdrops, bluebells and daffodils are out. I saw rabbits, crows and a Buzzard. It’s a unique area and is well worth a visit.