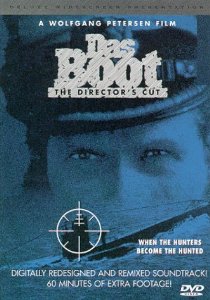 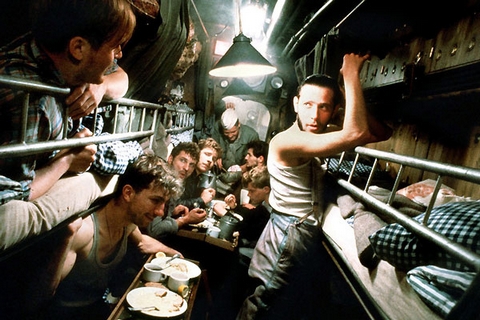 Truly one of the world top 100 films. Das Boot is a gripping classic WWII fictional story. It is based on an autobiographical novel by German World War II photographer Lothar-Guenther Buchheim, and tells the story of the German submarine Unterseeboot U-96 a Type VIIC U-boat.

Commissioned on 14 September 1940, U-96 was stationed in Saint Nazaire on the French Atlantic coast as part of the 7th U-boat Flotilla and member of eleven wolfpacks. U-96 had a colourfull career, conducted 11 patrols, sinking 27 ships totalling 180,206 gross register tons (GRT) and damaging four others totalling 33,043 GRT. On 30 March 1945, U-96 was sunk by an American air raid whist in the submarine pens in Wilhelmshaven, Germany. During her entire career, she suffered no casualties to her crew.

The movie, made in 1981, documents the lives of the fearless Kapitänleutnant (Captain) and his inexperienced crew as U-96 patrols the North Atlantic and the Mediterranean Sea in search of Allied vessels. At times the submarine and her crew are both the hunter and the prey. It is well filmed and portrays the cramp and grimy conditions and everyday life in a WWII German U-boat. With an iconic theme track, you like a good war yarn and interested in U-boats….. this movie is a must watch. It is in my top 10.

I was lucky as a deep-water marine archaeologist to have investigated nine German U-boat wrecks in the Western Approaches to the English Channel some years back. Find out more about my life and career at www.rovarch.com